Sam Knows has been tracking actual broadband speeds in the US since the beginning of the year. They got volunteers to run speed testing equipment on their regular broadband connections. Apparently more than 78,000 consumers volunteered to participate and approximately 9,000 were selected and supplied with specially configured routers. (I was one of the selected volunteers.) The goal was to do a comprehensive study of actual and advertised speeds for wireline broadband connections – fiber, cable and DSL.

Their first Measuring Broadband America report is just out. For the report, they focused on performance during peak usage times , which they found to be weekdays from 7:00 pm – 11:00 pm local time. Good news for providers; the results indicated that the actual speeds aren’t really very far off the advertised speeds for downloading or uploading. Fiber performed closest (actually better) than advertised speed, then cable and finally DSL.

Also they found that for web browsing speed isn’t much of an issue – especially once you get past 10 Mbps. VoIP worked well in all environments; the quality had more to do with what else was happening on the local (home) network. Streaming video also worked well assuming that the user chose the steaming (standard or high density) that best suited their connection.

One quick note – they clearly did not look at mobile connections – but there is discussion about how to look into it further especially given its growing prevalence in the field and the National Broadband Plan focus on wireless.

I wanted to share a couple of graphs from the report the first two just show performance. The third diagram is a nice look at the different components of a broadband connection – as you can see some are under the control of the broadband provider and some are not.

If I were going to read this report again – I might skip the executive summary and go right to the good parts. 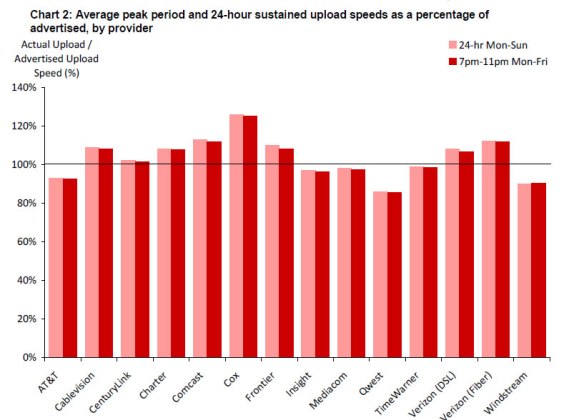