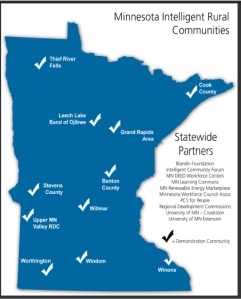 Here’s the news from our latest newsletter. It’s mostly a compilation of Minnesota-related stories from the blog in the last month – but sometimes it’s nice to have it compiled.

News from the Blandin on Broadband Blog

Minnesota Makes Akamai Rankings
Minnesota gets closer to the Minnesota Broadband Bill broadband speed goals by getting to the top 10 rankings of Akamai speed tests. St Paul was listed in the top cities and Minnesota made the top 10 states for the average measured connection speeds. http://tinyurl.com/5uvxvtz

MIRC Updates, Video, Recognition
Finishing out 2010, the Minnesota Intelligent Rural Communities (MIRC) initiative partners met to talk about how the project is going. Some local projects are already in the works; many more are primed to start early in 2011. http://tinyurl.com/496a3sk Excitement is starting to spread beyond the MIRC partnership. Speaking at the Humphrey School of Public Affairs at a session on telecommunications, Bernadine Joselyn presented a video of MIRC partners. http://tinyurl.com/6lystde The MIRC communities were recognized by Intelligent Community Forum’s Robert Bell in a recent column. http://tinyurl.com/69d3pdb

Granite Falls
MVTV Wireless talks about how they have grown with support from local and national funding. http://tinyurl.com/65x9fnm

Redwood County
Redwood County will be working with Bill Coleman through the Blandin Foundation’s Community Broadband Resources program to look at broadband options in their area. http://tinyurl.com/66se3bc

Staples
The Blandin Foundation is helping Staples look at FTTH by providing $25,000 for a $50,000 feasibility study. http://tinyurl.com/69tou3b

Windom
Windom partners with the University of Minnesota to offer remote access to Interpreting coursework to new Americans in the area who are interested in using language skills for entrepreneurship. http://tinyurl.com/4n4r2jy

(Many stories are gathered from local online newspaper. Unfortunately each newspaper has a different policy in regards to archive news and therefore we cannot guarantee access to all articles cited.) 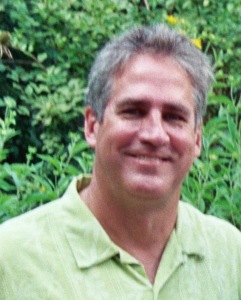 With a new Governor and a new majority party controlling the legislature, changes in telecom and broadband policy may occur in St. Paul. But what policies and regulations are really critical to the future of telecommunications, including broadband, in Minnesota? The Minnesota Ultra High Speed Task Force touched on many topics, but was silent on one critical issue.

The access fee structure is pretty complicated and I am no expert. There are different fee structures for landlines, cell phones and VOIP calls, ranging from more than ten cents per minute to zero, depending on whether the call stay within Minnesota or crosses state lines.

Last week, access fees came to the forefront with a forum at the Humphrey School and a big article in the Star Tribune. These fees total millions of dollars, much of which comes from national telecom companies and flows to smaller companies serving rural Minnesota. AT&T is pressing to get these access fees reduced. Seems like a topic to keep an eye on!