Connect Minnesota recently released their latest report on broadband availability in Minnesota. The good news is that we’ve gained 5 percentage points since April 2013. The bad news is that we’re still a far cry from the broadband goals set for 2015.

Here are some of the stats:

Unfortunately there is a great disparity in availability by County. The following map shows Broadband Availability by Percentage of Households Served by Terrestrial and Mobile Broadband Service by County.  The yellow represents areas with less than 20 access – you can see how many areas are stuck there. 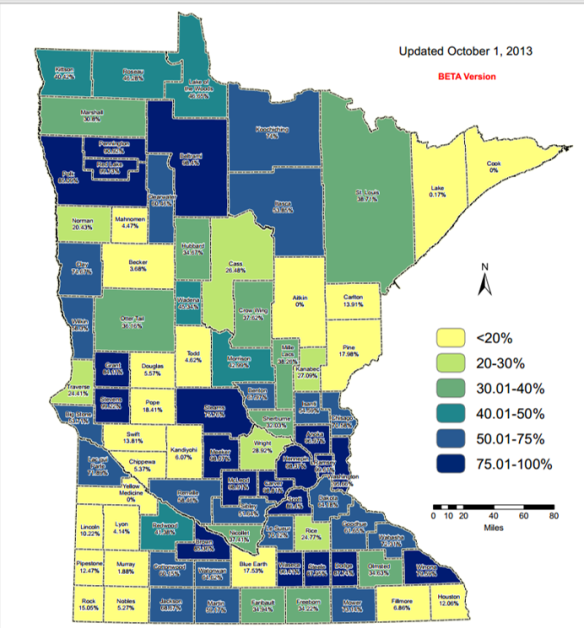