Here’s another speaker bio for the upcoming Minnesota Broadband conference… 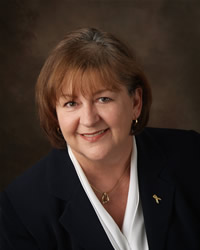 Short Bio
JoAnne Johnson, Central Region Manager of Government and External Affairs, based in Minnesota and covering 7 states. I’ve been in this position for almost 6 years with Frontier Communications (formerly known as and still owned by Citizens Communications). Frontier is the second largest phone company in MN and most of it’s territory is rural. Before coming here, I worked in community development and government relations for Onvoy, as a staffer for Congressman Collin Peterson in northwestern MN and as the Director of a nonprofit association focused on getting dial up Internet connections and computer labs into K-12 schools. That was the early nineties, but seems like a lifetime ago.

What aspects of broadband are on your mind these days? (Or what info do you hope to impart at the conference?)

It seems to me, more and more lately, that broadband discussions are slipping into arguments over fiber and the rhetoric from all sides precludes some collaboration that could and should be happening. We’re arguing about fiber to the home in Eagan when Hastings is still waiting for DSL. Cities are concentrating on fiber builds, while those folks outside the city limits are left in the lurch. I’m looking for a better way to raise everybody’s boat, remembering that first you have to have a boat.

What are you hoping to learn at the conference?

I’m looking forward to hearing the all the answers to the “hard questions” at the preconference and I always benefit from talking to many friends who have different roles than mine in this dance. And I’m hoping to learn some substantive info that can help our rural communities in economic development efforts. I often quote Randy Young, who now heads up MART, and who said back in the early years “If you have a bad school and you put computers in it, you have a bad school with computers”. It’s a transferable truism I believe. “If you have a faulty economic development plan and add fiber…..” So I’m hoping for some really good discussions on how to leverage our efforts with city efforts for our exchanges.